Book Two in the Sweetbriar Lake Series of Standalone Novels

Chris White can take his big, chiseled muscles and shove it… at least to the room down the hall. After her apartment building goes up in flames, Tori Calloway finds herself shacked up with her brother’s best friend and the man she’s spent the better part of her twenties hating with every fiber of her being.

Chris knows how to throw a punch that’ll drop a man to his knees, but sparring with Tori is a whole different game. He was just a boy when he lost her the first time, and he’s not about to make the same mistake twice. Toe to toe with his fiercest competitor yet, he won't go down without a fight. 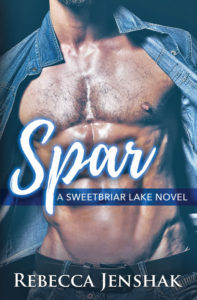